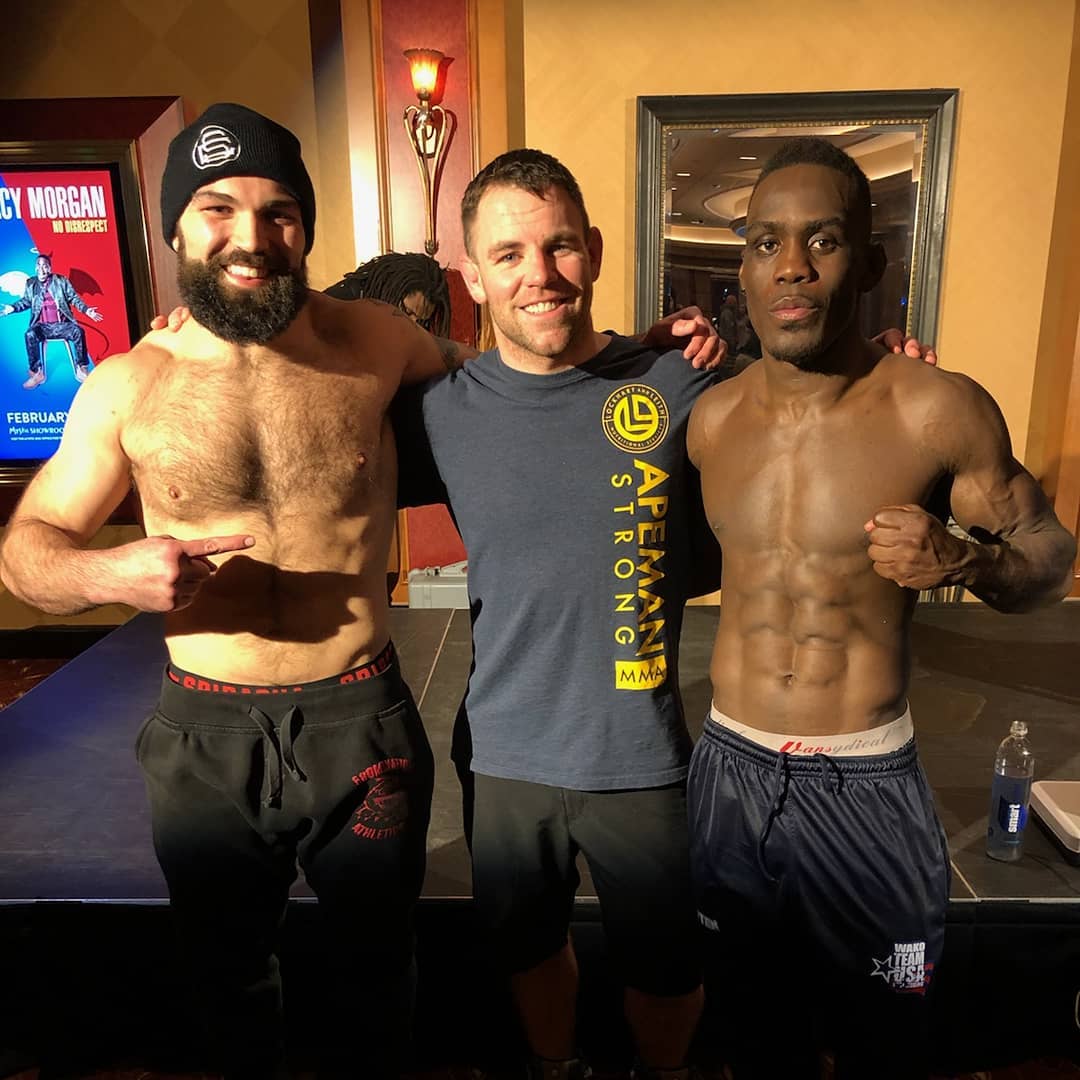 Ben Locken is a personal trainer with a vast knowledge in functional strength & conditioning. Coach Ben has devoted his life to helping individuals of all fitness levels achieve a healthy lifestyle.

Ben started his fitness career in January 2009 and has become a certified trainer through NASM gaining his CPT, PES, CES, FNS and BCS has expanded his areas of expertise to include RPR, Basic Life Skills and Sheepdog Response. Coach Ben really found his calling when he began his martial arts journey. Ben is currently a Muay Thai Kru under Grand Master Chai and has a brown belt in Jiu Jitsu under 3rd degree Black Belt Mauricio Carra.

Ben’s true passion is training martial artists and combat athletes to reach their full potential in their sport. Coach Ben has earned the nickname of “The Mad Scientist” because of his fight conditioning and weight cutting formulas that have not only helped his athletes perform at their best but also recover faster.

Ben lives with his wife and two young children. He loves spending his free time making memories with his family, playing golf with friends and enjoying craft beer.